I made it to New York City! 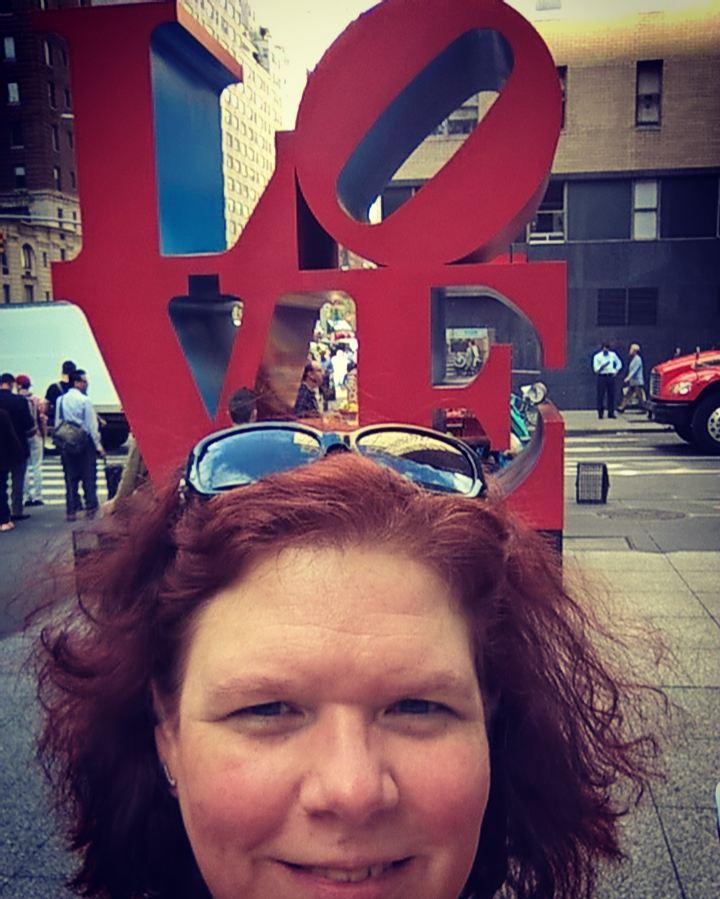 I love New York. The food, the people, the city that never sleeps. Everything about it makes my heart sing. This visit is the second reason I chose to take this particular trip. I got to catch up with some dear friends I rarely see. (BTW, my seat was much better from DC to NY. Plenty of leg room, thank goodness!!)

I got into New York between lunch and dinner and the first thing I did was buy a gyro from a street cart. If you haven’t eaten from a street cart in NY, you don’t know what you’re missing. After I grabbed my food, I headed toward Grand Central Station to meet my friend and hostess for the next couple of days. I found a table in the food court and ate my delicious gyro and did one of my favorite things… people-watching.

There are so many people in NY from so many places. It was interesting to see what caught other people’s attention while I was sitting there. There was one family that was completely fascinated by the shoe shine stand. I could only guess by watching them that they had never seen one before.

When my friend joined me, we decided to stop for a cocktail before heading to the Bronx. We each had a lovely glass of wine while beginning our catching up on one another’s lives. The place was packed and seating was at a premium. Though I enjoyed the wine and the chance to chill with my friend, there were so many people, I was glad to get out of there.

We headed to the train and soon were in the Bronx. After taking a few moments to freshen up at my friend’s apartment, we headed out to a local Irish pub for a family gathering. You have no idea how excited I was to get an Irish breakfast for dinner. And yes, I do love black pudding… it’s one of my favorites. 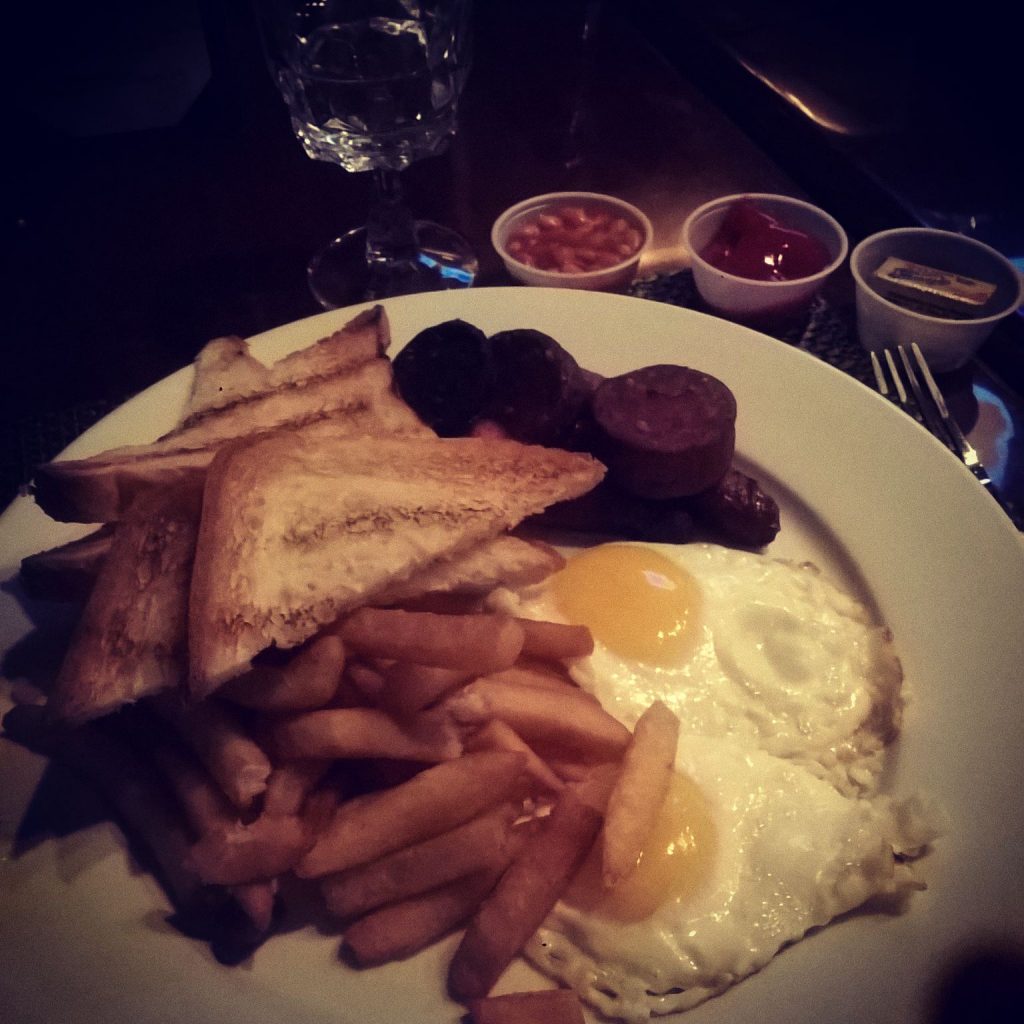 My friend had to work the next day (it was Friday, after all) so we headed into the city and I took off exploring and to meet another friend I hadn’t seen in a while. As one does when one visits friends and family who are going about their lives, you plan around dining events as those are easiest to squeeze in when life can’t be put on hold. This friend suggested we visit a Korean food hall and who was I to say no? Especially since she knows me well enough to know I would love it.

We headed off to Food Gallery 32. With all the choices, I finally settled on Roll & Katsu and had the Omelet Rice with Pork Cutlet. I know I will be talking about this simple, yet mouthwateringly delicious meal for a very long time. After lunch, we did a little window shopping, looking at all the fun Korean beauty products in one of the nearby shops. It was like I stepped back in time and entered an old Hello Kitty store. I felt like a kid in a, well, Hello Kitty store. Did you know they have a foot peel that takes all the layers of dead skin off your feet? Gross, but cool! I may need to treat myself to one of those sometime.

After that. we headed to a bakery so my friend could get a cake for a later get-together, then off to get bubble tea. One of my faves! My problem with bubble tea? I drink it like it’s water and I’m dying of thirst. This was no exception, but it was super yummy! After this, I said goodbye to my friend and went off to explore Manhattan on my own for a few hours.

Before we headed our separate ways, my friend suggested I head to Lady M’s for a Mille Crepe Cake. I’m sure she meant for me to go to the one nearby, but I hadn’t been to NY in years and wanted to go discovering. I headed down the street, not really paying attention to where I was headed and somehow ended up at Macy’s.  They had some tables set up out front so I took advantage of the seat and the free wifi to check in at home and catch up on a little social media.

After my feet had recouped a little bit, I headed back down the way, people watching and looking at all the buildings. Then, I ran into love. Well, LOVE, the statue. Not long after that, I made it to Central Park. Right around the corner was The Plaza Hotel. Downstairs in The Plaza is a food court. Here I found Lady M’s and got my Mille Crepe. Yes, there are 1,000 crepes alternating with a slightly sweet cream. So good! 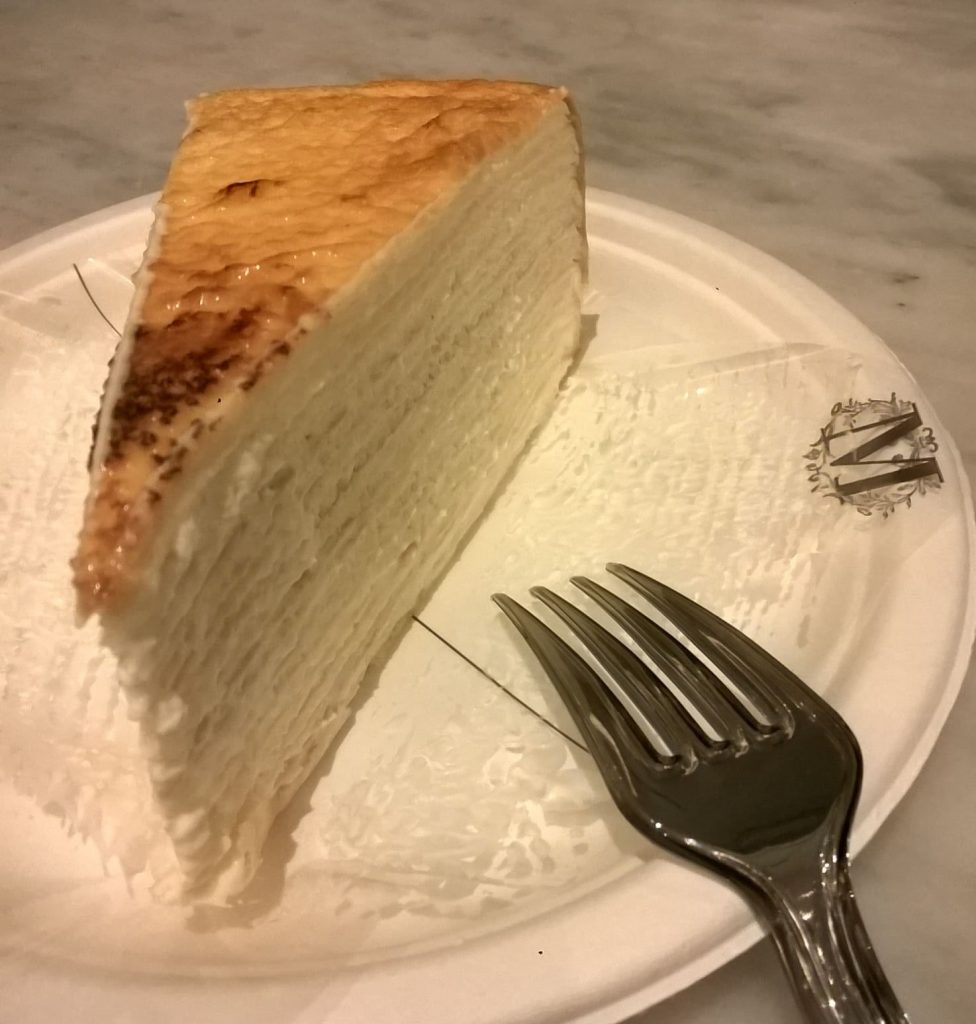 OH, and I also got to see Eloise! 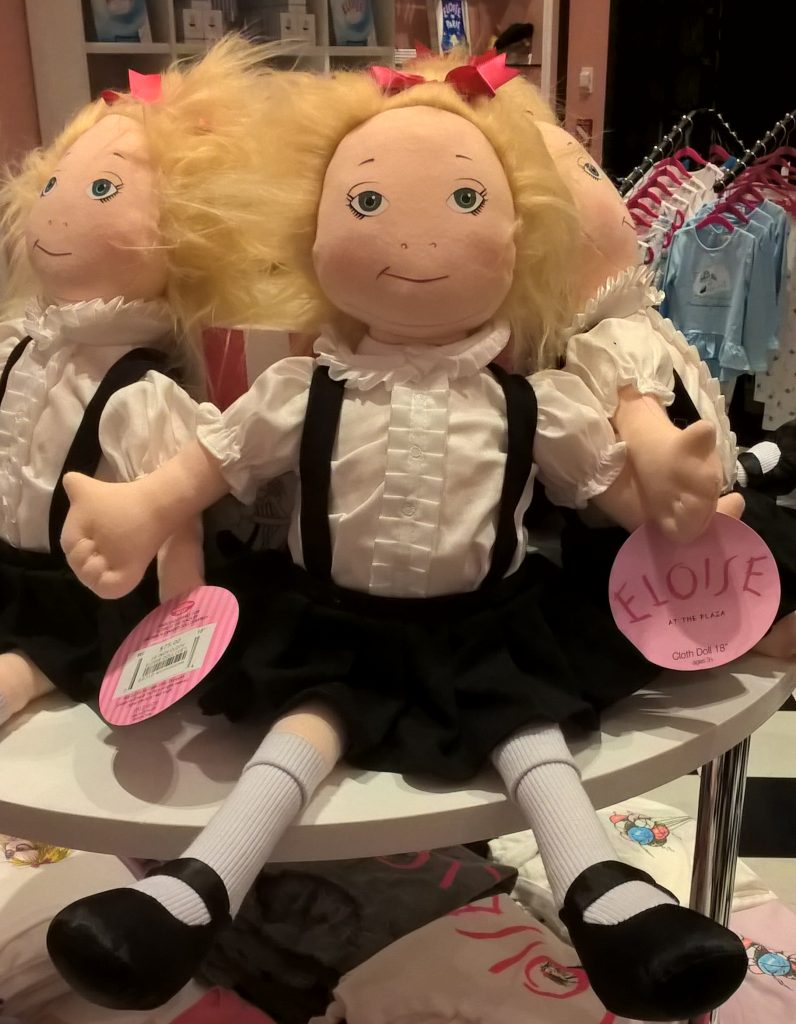 There was a kids tea party going on when I got there, so I quietly walked around and got to pretend I was 10 again. Wheee!

That wasn’t all of the sightseeing I did. On the way back to Grand Central, I stopped at St. Patrick’s Cathedral. One of my best memories of the first time I visited NY was seeing St. Patrick’s. It is still just as lovely today. 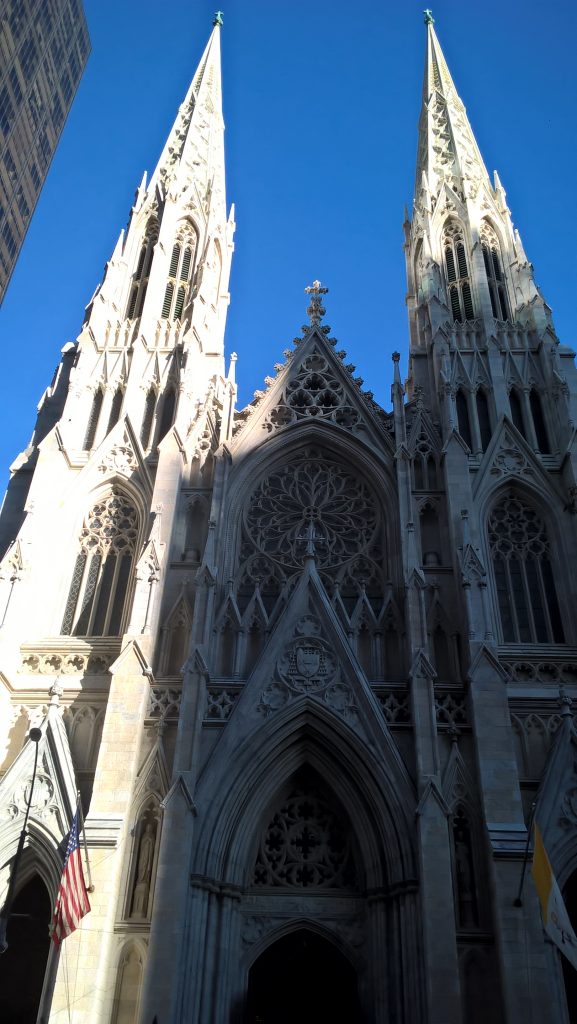 And right across the street from St. Patrick’s was the Atlas statue. 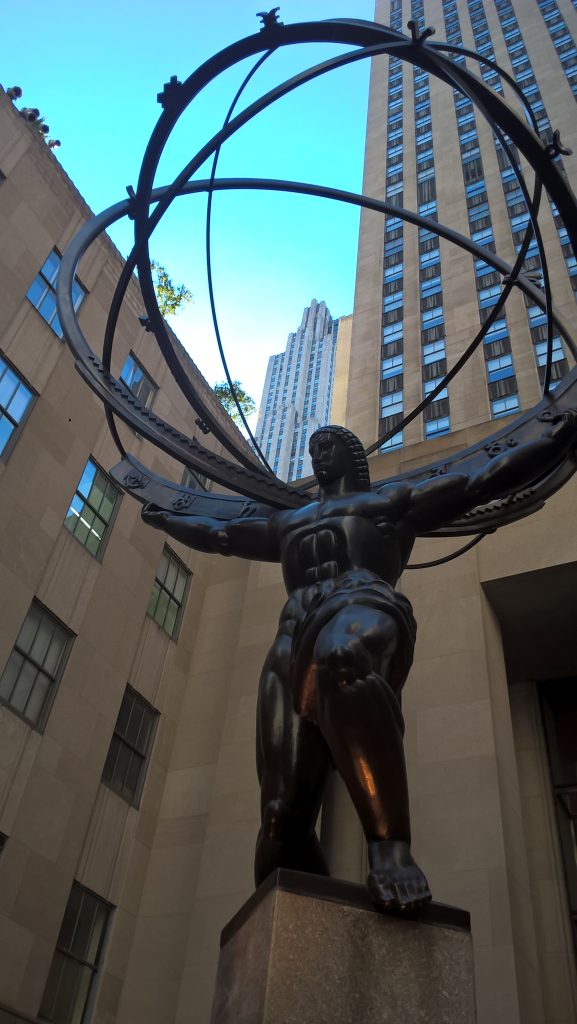 By now, I was getting tired and it was getting late, so I headed back to Grand Central to meet up with my friend.

Back to the Bronx

We got back to the Bronx and visited with more friends and family. One of whom wanted to go pub hopping, and since I never get to see her, I couldn’t say no. So out we went. I can’t quite remember how many Irish pubs we went to, but we were out until daylight. In the immortal words of Lethal Weapon’s Murtaugh, “I’m getting too old for this shit.”

Getting back to the apartment at around 6AM, I slept for a little bit then we headed out to an Irish street fair. Drinking, food, and lively music were on the agenda of the day. Fortunately, we took it a little easy since the lack of sleep the night before. I found a lovely soda bread for a hostess gift for the next leg of my trip and left the revelers to head back to do a little laundry and pack for my bus ride later that evening.

My bus left NY for Boston at midnight, so my friend accompanied me to the stop and waited with me until I left. If I ever had the chance, I think I might just move to NY in the blink of an eye. Though I was excited to head up to Boston, I was sad to leave NY. Ah, well… off to new adventures.